This is the office where S doesn't spend much time yet. 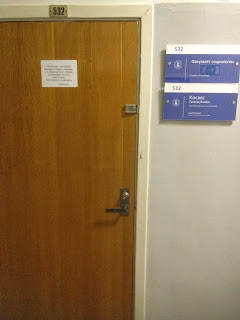 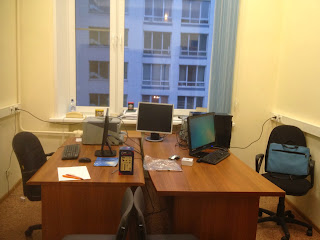 S chose the right hand desk.  Plugged in her new computer/monitor/printer, after unplugging the old computer/monitor which don't work but are still sitting there taking up space.

A colleague got a white board in his office mounted on the wall, but evidently that isn't standard and there aren't any more.
Posted by RussiawithKids at 6:00 AM