Okay, anyone else think that 5 year olds having a "graduation" party from preschool was a little weird?

Actually, here in Russia it makes sense.  Typically a child enters preschool at age 3 or 4, if they can get a spot, otherwise its 5 or 6.  So by the time a child will be 6 yrs 6 mos old in September to start school, that spring they have been in detskii sad--with the same teacher, in the same room, with the same other 22 kids--for anywhere from 1 year (mandatory minimum) up to 3 1/2 yrs (if they were so lucky to get in right away).  So they have that spring what is technically a "farewell to detskii sad" (proshai s detskovo sada) social event, but most people just call it "graduation" (vyipusknoi -- literally 'sending out').  In context, it makes sense.

It also does not involve silly caps and gowns (not used for any level of graduation in Russia).  It involves kids dressing up in their nicest clothes ("naryadniye", defined as finest, festive or smartly dressed, implying formal wear for adults, but kids means fancy party dress for girls, white shirt & tie & black pants for boys).  Then the ones who are graduating, or being "sent out" wore a sash with words on it that translated something like "being sent out".

Es class was a mixed age class, which contained her and one boy who were finishing (others have another year or two), so she and the boy joined the finishing party which the other oldest group was doing.  About half their class was finishing, the others will probably finish next year.  She joined the other class in rehearsing a spring show, combining songs & poems about spring (by the younger kids) and about saying farewell to detskii sad and Hello to First Grade! by the finishing ones.

After the poems and songs and dances, the gave them all their congratulation certificates, and while some  children got additional certificates for winning various competitions, E got some words from the director about being a foreign but doing okay anyway.  Was sort of glad E only partly understood Russian.

This was E in her sash which says, "Finisher of Detskii Sad" 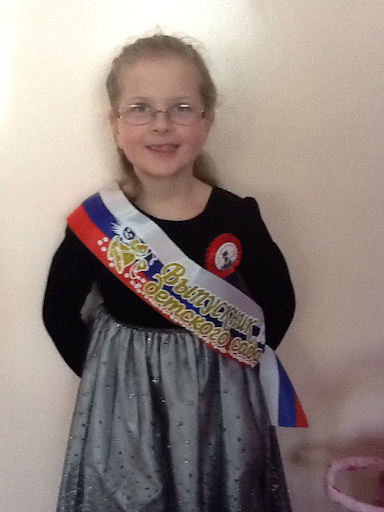 One of the staff at detskii sad did her hair fancy for the event, since we couldnt get there before the "show" to help her. 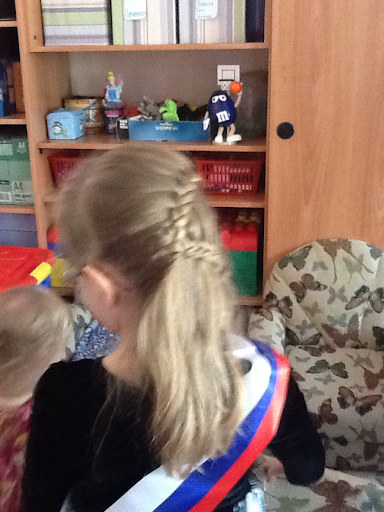 Here is one of the teachers giving part of the certificates 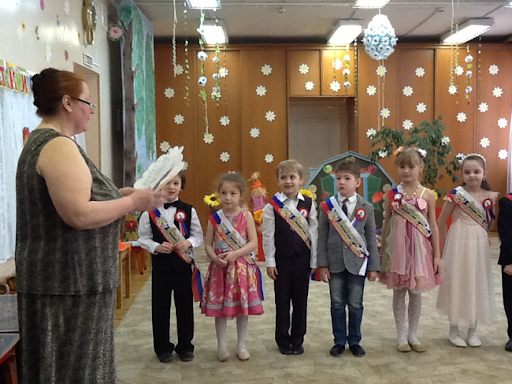 Here is the director giving the other part of the certificates. 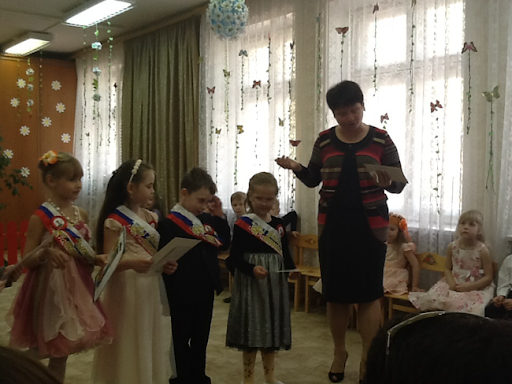 This is the whole group singing some song about Spring.  Somewhere there is a video of E's solo recitation of a poem. 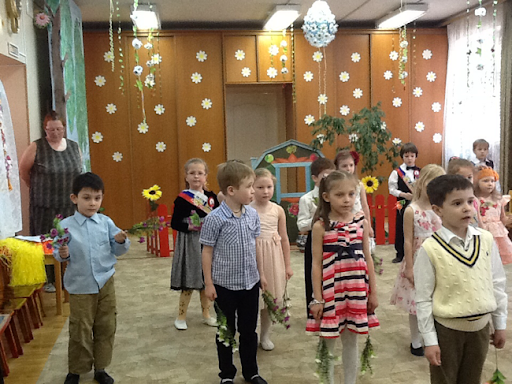 After the serious stuff, they hired a couple of clowns to play games with the kids. 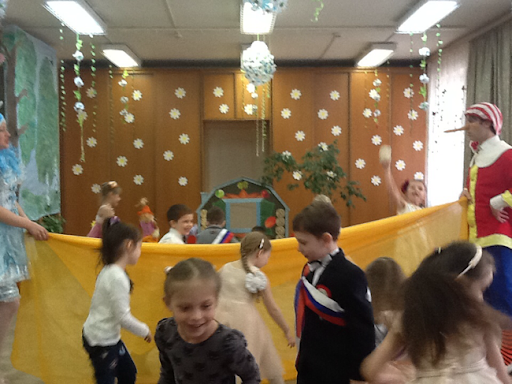 After that there was a very nice, fancy spread (cake, cookies, fruit, etc).  But at that point, our three just wanted to go home.

So A just got back from his second junket to a Venture Fair, this time in Kazan'. These events are pretty big deals; the President of Tartarstan came to this one: 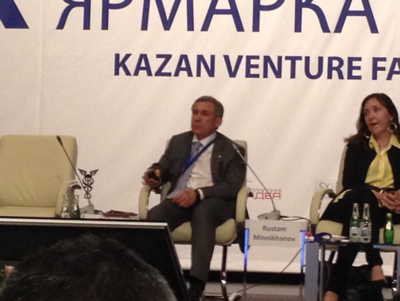 Although he didn't always pay attention to the other talks: 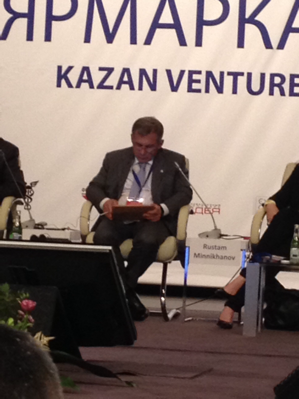 Just to give you some idea of what the venture/entrepreneurship environment is like here, check out these two audience polls: 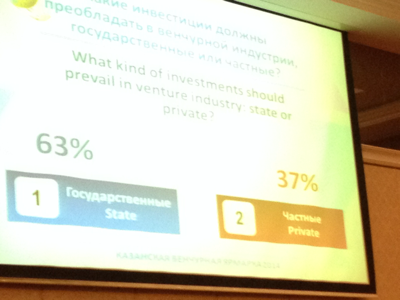 That's 63% of the audience that think that the state should dominate venture investment. Yikes! 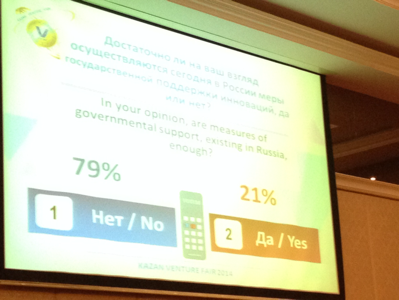 Needless to say, A was perturbed by this.

He spoke later that day in a session called "secrets of successful startups." He made good contacts, and is looking forward to the next junket (Novosibirsk again), in June.

Kazan' decided to go out with a bang; here's some shots of the entertainment during the closing dinner: 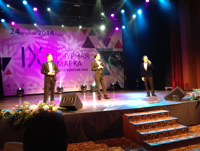 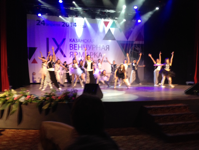 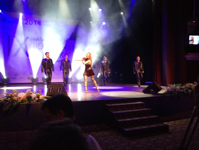 and so on, something like 17 different performances. They were late for the flight home. In fact, he just caught the last train (midnight) and the last metro (1am) home, and made it in about 1:45 am. Phew!

Posted by RussiawithKids at 10:12 AM No comments: