Most very large streets in Moscow are crossed either by a pedestrian overpass or underpass.  If you are lucky, you have an underpass.  The overpasses have more stairs, and only some of them are enclosed or covered from the elements.  The big street we must cross everyday to and from preschool has an underpass because it also feeds to the subway entrance.  And the best part of an underpass, is not only is it a break from the snow/rain or wind (which can be really severe), but also because any self respecting underpass has a string of tiny shops, called kiosks, of a lot of things people might need on the way somewhere.  Our underpass has kiosks for all kinds of useful things,  from hotdogs and other snacks, water and candy, gift bags, flowers, batteries for watches, chargers for phones, cases for phones or glasses, umbrellas in the rainy season, charging cables for phones, key duplicating, it also has no fewer than three kiosks for womens clothing, and one for nylons, and two for household linens. The clothing is mostly cheap chinese stuff, but the linens are Russian made. 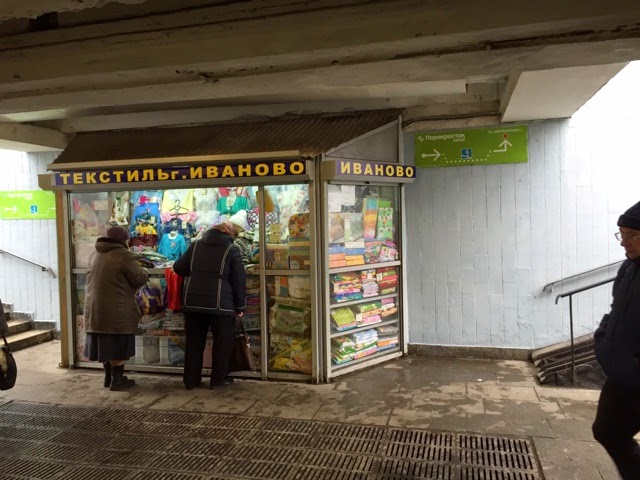 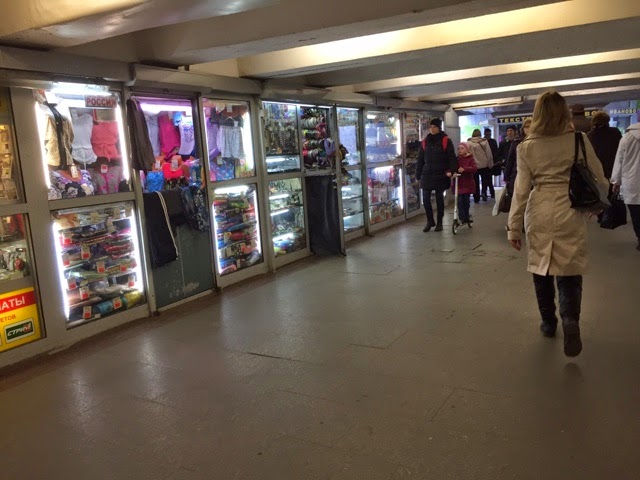 Underpasses without such shops can get dirty, and used as urinals, or by beggars, but underpasses with kiosks have none of those problems.  Not to mention it is convenient to grab a snack or buy something on the way home.  But the mayor of Moscow wants to shut them down, for some reason.