We woke up this morning to a bit of a light dusting of new snow. As December 25 is not a holiday in Russia, we more or less followed the usual routine of taking kids to school and detskii sad. However, A's class was having a little New Year's show, so we decided to let K come and see it instead of going to her class (her show is tomorrow, Boxing Day, and the final rehearsal was today, but she already knows her lines as well as several of the other kids'). When the little show was over (and we got K and A dressed again, no small task itself), we stepped outside to see this: 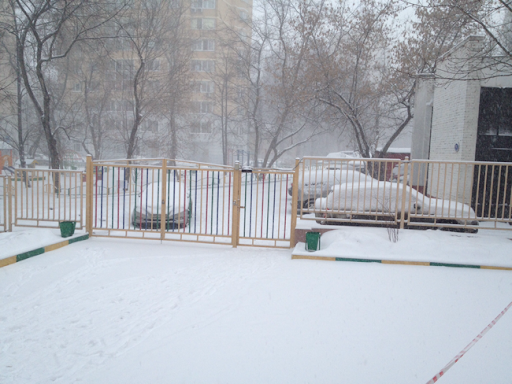 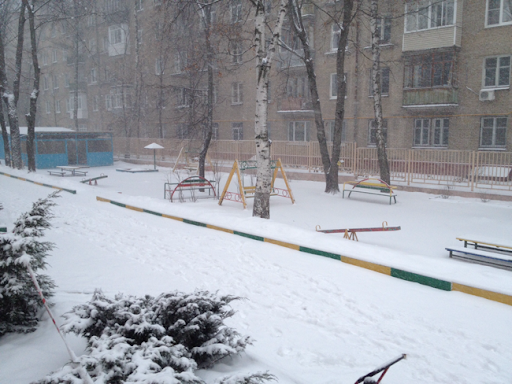 With a stroller in this, it took quite a while to get home: -8°C, feels like -17° (about 18°F and 1°F, for those of you that are metrically challenged…), low visibility, low traction, stiff breeze but inconsistent direction, etc. We were wishing we'd brought our little sled — though you can't use that all the way, either, because they do keep some areas cleared and salted.

We eventually made it home for some Christmas hot chocolate and naps, but here's the view out our kitchen window down onto the yard: 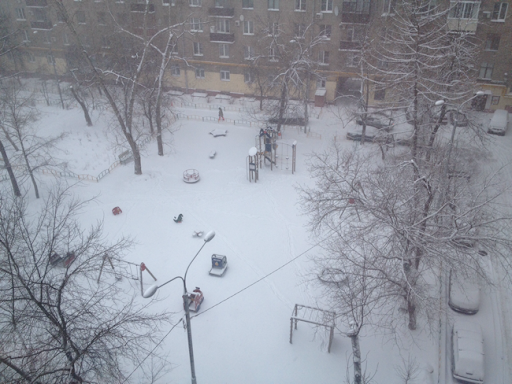 So if anybody's "dreaming of a White Christmas," drop on by — we've got what you've been missing.

Posted by RussiawithKids at 1:43 AM No comments:

Thank you, Grandma B... for the Unicef Advent Calendar.  It was loved by all... 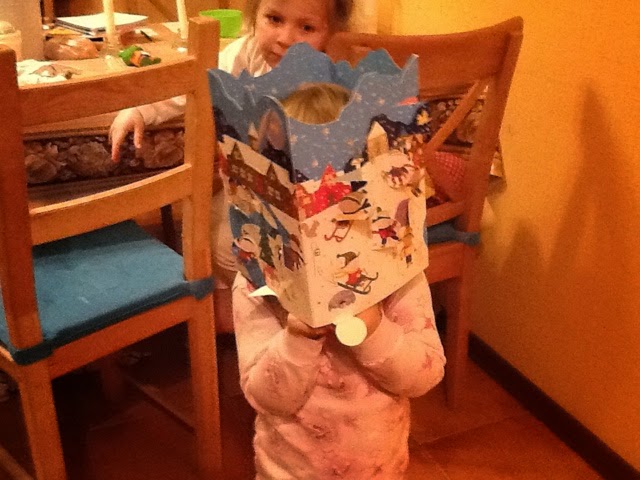 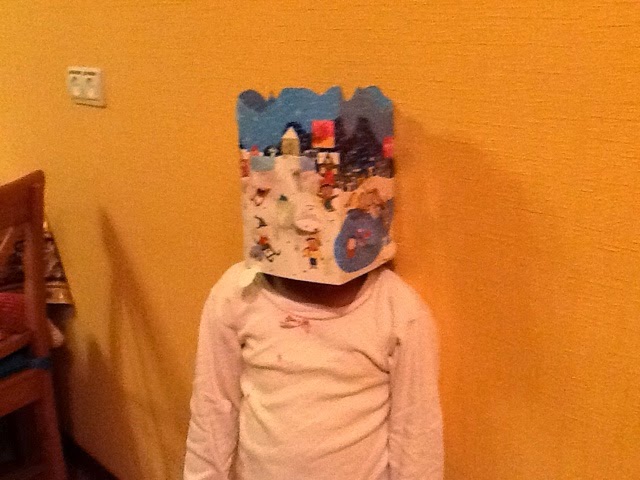 Moscow does go in for Holiday decorations in a big way, but here they are New Year's decorations.  They arent really out in force until mid December, and then are around until almost the end of January (usually).  I dont have time for sight seeing, but on my way somewhere else, I got a couple of snaps of a few outside decorations. 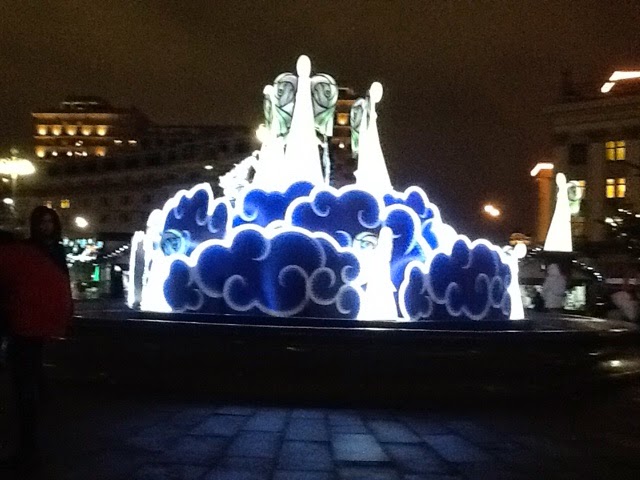 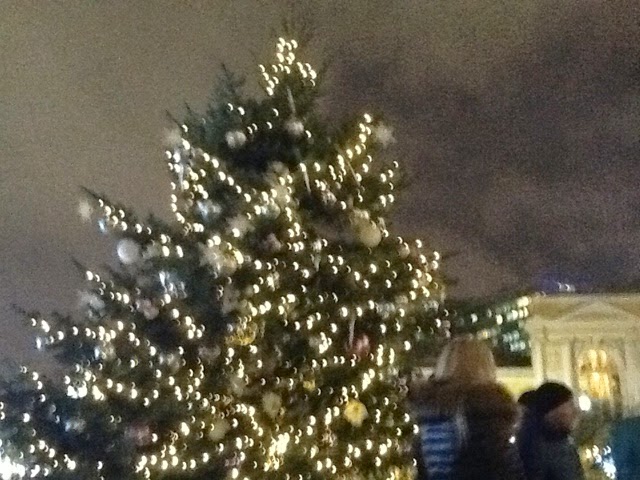 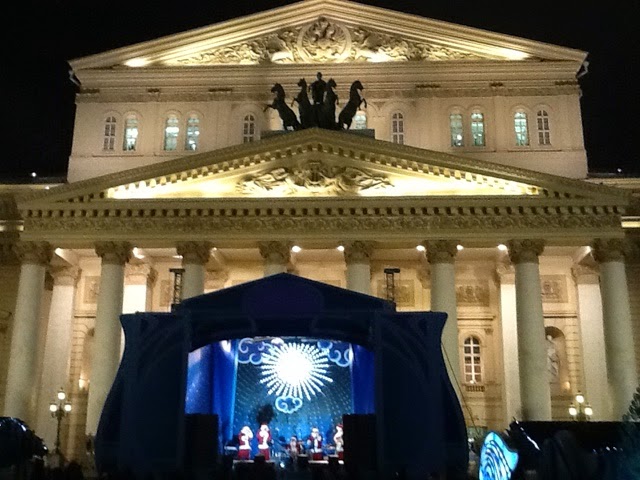 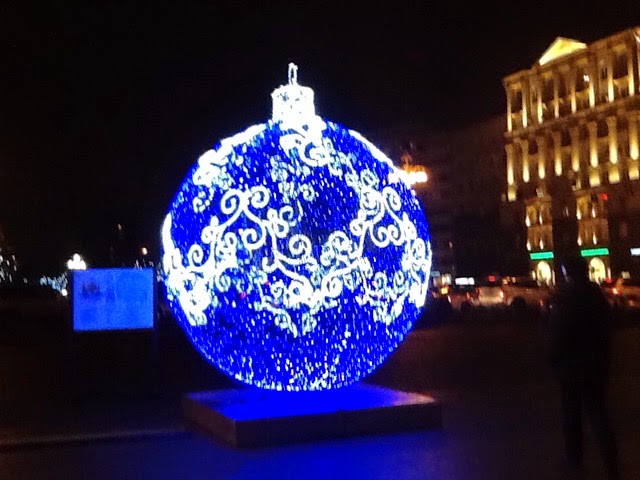 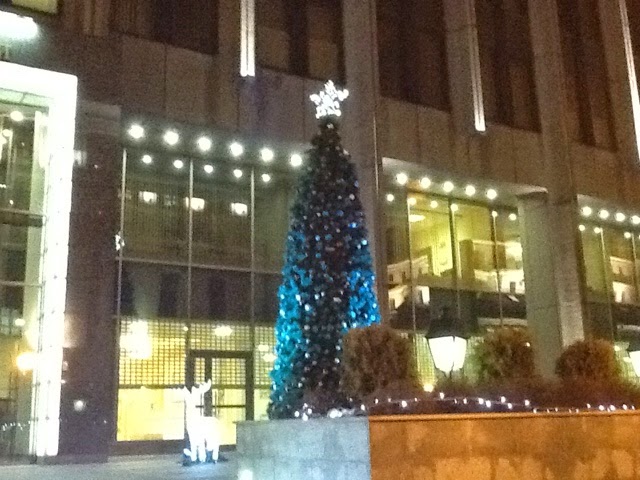 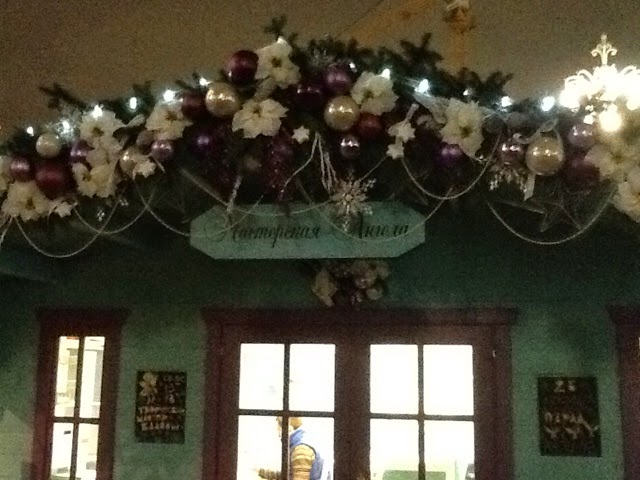 Posted by RussiawithKids at 5:00 PM No comments: