Still no time to just stop and see things.  S had to go run an (ultimately futile) errand for work, and got a couple of snaps along the way.

The first one is a banner on the side of a building under repair.  A play on the name of the famous composer of Nutcracker and Swan Lake, it tells what it sells: 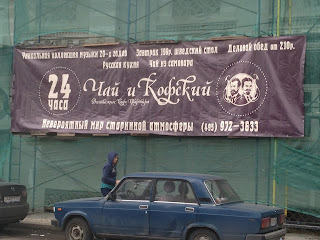 This next one shows bicycles for rent, in a central city promenade along a pond. 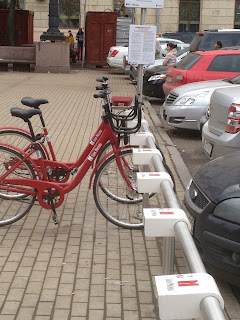 This one is another example, if inelegantly captured, of the jarring contrast which is Moscow: 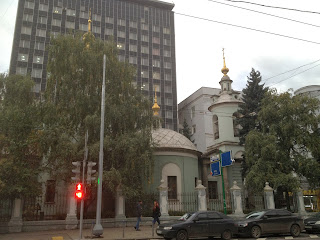 Posted by RussiawithKids at 5:00 AM