Because everything we do revolves around getting there, and because (almost always) getting there involves the metro, we thought we would include this handy guide to the Moscow metro.

Anyone familiar with reading subway maps will understand when we explain that most of the radial lines actually go out more "straight" than than can be squashed into this box (except for the blue line on the west, which actually does turn & head north). Also, only the solid lines are currently operational. The others are unde construction or planned.

You don't have to read Russian to see it's more like spaghetti than straight lines :-) 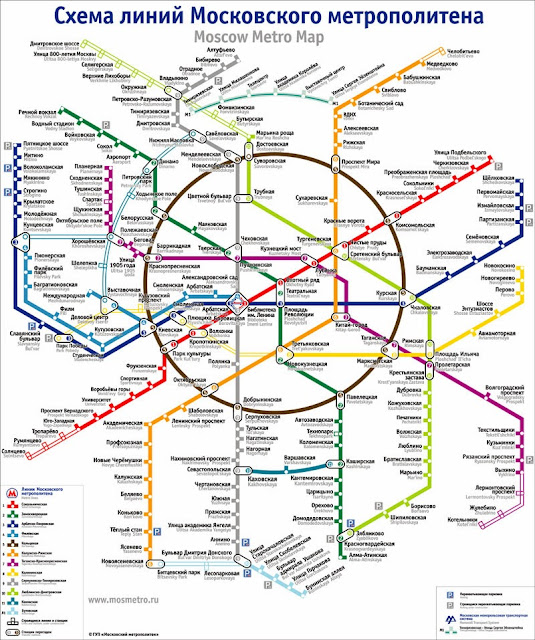 Our guest house is on the orange line, on the north side as it crosses out of the brown circle line, in between that pair of stops and the next one out.

We have been going to church down the green line, about halfway between 4 and 5 stops 'below' where it emerges from the brown circle line.

S's work is on the green line 2 stops 'above' where it emerges from the circle line.  Our friends live east on the dark blue line, 3 stops beyond the circle.

Yeah, it's crazy, and everything takes AT LEAST an hour.
Posted by RussiawithKids at 9:37 AM